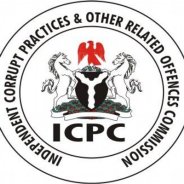 Over the past several years, some key areas of advocacy which WWN continues to undertake and champion are: Financial Literary & Economic Empowerment for women, Education of the Girl Child, Domestic Violence Against Women & Children, Sexual Abuse, Assault and Harassment of Women and Youths.

In collaboration with other advocacy groups and different groups of experts across multidisciplinary teams, we’ve investigated, commissioned and completed several reports for different sectors and stakeholders in our society.

The main objective has always been the twin outcomes of: rehabilitation of both perpetrators and survivors AND ensuring that better systems, policies, laws, enforcement processes are put in place to curb or eliminate these grave incidents.

The idea is to refrain from sensationalism and rhetorics and rather work in the background to treat each case (and all parties), with the dignity and comprehensive analysis they deserves. We believe that the narrative of abuse has to be expanded and more opportunities created to reduce poverty in our society.

This is because financial considerations are most often one of the root causes why these abuse incidents occur in the first place, and/or why victims refuse to report them. A common thread that runs through each of these cases is that they reflect clearly, a deliberate abuse of office by the perpetrators who may be the victims’ bosses, teachers, mentors, lecturers, faith leader, family member etc. Other factors that make abuse thrive are societal permissive attitude, cultural biases and lack of consequences (especially for perpetrators who are considered ‘influential’ in society)

Over the years, our experience has been that most of the cases of sexual abuse that we receive directly or through our partner agencies emanate from our institutions of higher learning: Universities, Polytechnics, Colleges of Education etc. Prosecution or any disciplinary action for that matter has been difficult to enforce due to lack of structured and effective law enforcement systems.

The recent disclosure by the head of the ICPC (Independent Corrupt & Other Related Offences Commission), Mr. Expo Ita, that the organization has also started investigating university lecturers who demand sex from female students in return for good grades is a welcomed one.

We at WWN welcome this development and understand the ramifications for future pending cases that we’re investigating in some of our higher institutions. As always, we salute the brave souls who stand up to shatter the silence, regardless of the outcomes. All manner of abuse thrives because everything is often shrouded in the shadows; often, little or nothing is ever talked about. Let us continue to work together to change this ugly status quo.

Read the rest of his disclosures in the article below:

[The following article was culled from PUNCH Newspaper – http://www.punchng.com].

The Independent Corrupt Practices and Other Related Offences Commission says it has begun arresting civil servants who live beyond their means, adding that it seized 61 houses from one female public servant.

The commission also revealed that it would soon begin publishing a list of the most corrupt Ministries, Departments and Agencies.

The Chairman of the ICPC, Mr. Ekpo Nta, said this while addressing participants of the National Institute for Policy and Strategic Studies at the Abuja headquarters of the agency on Friday.

Speaking on the theme, ‘The role of the ICPC in the War Against Corruption: Mandate, Strategies and Challenges’, the ICPC boss said, “We are developing scorecard like Transparency International which rates countries as to the level of corruption of countries. We have developed one for ministries departments and agencies. Hopefully, we know those who will take the first prize.”

Nta added that once the 2016 Budget is passed, the ICPC would begin monitoring how monies are being spent.

He revealed that the commission had begun prosecuting public servants that live beyond their means.

“From one of the employees of one of the organizations, we seized about 61 or 62 houses in an estate. The matter is in court so I can’t say too much but I want to say that the officer was not a man. We do prosecution but also try to seize the assets acquired (through corrupt means) so that apart from prosecution, we can strip you of the assets within and outside the country,” he said.

Nta said the ICPC is also investigating university lecturers who demand sex from female students in return for good grades.

Nta said, “We have special teams that investigate universities here. Quite a number of students that have spent more than the statutory period, like young girls who have spent eight years for a four-year programme because they refused to do what should not be done. We got involved and they have graduated and we are still looking at the possibility of prosecution.”