Every once in a while, the Whole Woman Network community celebrates the achievement, passion and dedication of phenomenal women who have empowered us through their commitment to issues affecting the overall well-being of women, especially black women, at home in Africa and in the diaspora.

This season, in view of the upcoming International Women’s Day, WWN proudly honours Dr Adaeze Ifezulike, she’s the amazing brain and heart behind the Sexual Wellbeing Network. She is a Family physician/General Practitioner, GP who is passionate about sexual and emotional wellbeing in women.

Dr Adaeze has written a book to further equip women with more insights and knowledge, so that they can make more informed and empowered choices. Her new book: ‘’Understanding Contraception: A guide for black ladies’’ is a must-have for every woman!

Here are some reasons why ‘’Understanding Contraception’’ should be on your ‘must buy’ and ‘must read’ list this 2014:

If any of these apply to you, then  you should really give yourself a gift by checking out this new book and labour of love from Dr Adaeze Ifezulike: ‘’Understanding Contraception’’

Here are what other industry leading experts and thought leaders are saying about Dr Adaeze’s book:

“Understanding Contraception’’ fills a major gap in knowledge and should be made widely available to women from all walks of life both in the UK and all over the world.’’
~Naana Otoo-Oyortey MBE, Executive Director, FORWARD (Foundation for Women’s Health Research and Development)~

CLICK ON THIS LINK to order your copy of “Understanding Contraception”!

You are all awesome and we appreciate you being part of the WWN community.

Make it a great life, live purposefully, passionately and powerfully!

Floetry: The Night the Soldiers Came. 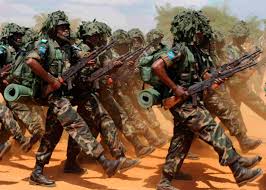 A tribute to all the innocent souls around the world, lost in senseless orgies of violence and acts of error. A moment of silence for the men, women and children who died too soon. And a prayer for those who are left behind, but mourn still. A song dedicated to the heart of the world, my Africa, and to my beautiful, bruised and broken homeland, NIGERIA. May the dead find eternal peace and may the living find the hope to rise up into the light and embrace the joy of a brand new day! OZOEMENA: May this horror never happen again, God, may it never repeat itself again!

The night the soldiers came (A song for my Motherland)

The night the soldiers came, in the harmattans of ’68, brandishing machetes, guns and slaughter knives; crude accessories for the task at hand. Grown men leaking in their pants, afraid to stand up and fight, for the birth of a still-born nation, this doomed land of the setting sun!

Women screaming and wailing to a God now unknown. And begging forgiveness for whatever sins beget this horror. Heads and limbs and eyes, severed, chopped and plucked from neighbours and friends and kinsmen. Our sisters already dead from the shock of having babies ripped away from their wombs.

That night the soldiers came, in the harmattan of ’68, asking for the blood of the Biafrans. And we, gangling teens that we were, chose to speak a different tongue, and  bowed to an alien God. And so they let us live, but killed the living spirit within.

The night the mob came, in the night of ’98. We heard them at the gate, chanting their songs of revenge and hate. Brandishing machetes, guns and slaughter knifes; crude accessories for the task at hand. Our young men stood tall and proud, draped in the colours of the rising sun. They sang long forgotten melodies, accompanied by the voices of their ancestors: “Nzobu, ‘zobu, Enyimba, enyi!”

We stood there, helplessly, old and feeble and re-lived the nightmares of the  harmattans of ’68. Déjà vu! Painful visions of heads and limbs and eyes, severed and plucked from neighbours and friends and kinsmen. Our sisters already dead from the shock, of having babies snatched from their wombs alive!

And so when they approached, and again asked for the blood of the Biafrans, we watched proudly as our sons spoke the proud tongue of their fathers. And we lifted our heads up to Jehovah.

We fought till the last man stood no more. And reclaimed the lost dignity, of our defiled maidens and emasculated sons. And then we drew our last on the enemies sword. And whispered with conviction: ‘Ozoemena! ozoemena!’ We thought that the nightmares were over and we’d been reborn to live free forever, in this new land of the rising sun.

Until the harmattan of 2012, when they arose again. This time they came, not under the guise of uniforms, fighting an ambiguous war. No, they came for total destruction of everything that gave light and learning. They came in new colours as ‘BokoHaramites’ and we sat and watched helplessly, cowardly and hopelessly, as the cycle of pain began all over again!

Now in ’13, we weep again for the loss of innocence. Only this time, the tears are a sham, because we feel nothing, our hearts are numb as we feed the spirits of consumerism and mask the reality around us. From East to West, North to South, we have become the monsters we flee from and fight against. All around us visions of heads and limbs and eyes, severed and plucked from neighbours and friends and kinsmen.

And now again in 2014, on the eve of the centenary celebrations of a journey which started in 1914. The BokoHaramites strike yet again, and re-open our unhealed, jagged pain.

This time, they struck at the innocent souls of children who slept innocently, in an institution built to propagate the spirit of unity.

A lost people, their clueless rulers and teams of sycophants, guzzle the champagne of young blood and feast on the souls of their unborn heroes.

And collectively, as a people, we sit, helpless on the sidelines, our ‘religious leaders’ making laws that propagate hate, yet refusing to fight for freedom, truth, life and love.

We fly around in private jets and designer gears, unsuccessfully trying to mask our deep-rooted, hidden fears. For we know deep down, that it affects us all-the rich and the poor, whether we find ourselves at home or in the diaspora.

We know that one day soon, these cowardly soldiers of hate and ignorance, will appear at our doors and unleash their horrific, crazy and gruesome dance.

In broad daylight, we fire on, preaching and spreading this gospel of apathy, at home and even across many a river and mountain. To the streets in Britain, to the Queen’s court and into her gate. And it comes full circle, the forced union of 1914, this sham of a marriage that continues to plague its off-springs. Cutting short their lives, ripping apart their hopes and dreams.

We pray on the mountain of deceit and whisper a faint-hearted ‘Ozoemena!’ As we all take our cue, siddon dey look  cluelessly or pray for ourselves and dear brother Jona. Let’s act now in faith and not just wait around passively, for the next waves of another vicious cycle of our never-ending storms of pain and shame! Isn’t it time we re-visited and rebuilt this imperfect union?

“When I despair, I remember that all through history the ways of TRUTH and LOVE have always won. There have been tyrants, and murderers, and for a time they can seem invincible, but in the end they always fall. Think of it–always.” ~Mahatma Gandhi~

WWN Reflection 02.19.2014: “There were dark times in our history; when twins were thought to be evil and murdered in ‘evil forests’, a time when blacks were slaves and ‘properties’ of their owners, when women couldn’t vote, wear pants, inherit property, young girls were crudely mutilated and circumcised, when widows had to be punished with gruesome acts if they outlived their husbands, (such as drinking the water used to bathe the corpse, sleeping overnight with the corpse!) And the horror is that some of these practices still persist in some places across Africa, even till this day!

I remember an incident that shocked us as a nation in the 90’s when a man was brutally beheaded in Kano, Northern Nigeria. Even more crudely, his head was paraded on the streets, as a sort of effigy, on a stick, with a crowd chanting in glee, all because of prejudices based on faith/creed/tribe. And there have been many, many such unbelievable incidents since then….

It is interesting that to this day, people still use MIS-use biblical/quoranic verses to support their ‘beliefs’. The danger of thinking that another human being is ‘less than’, breeds a society that is disconnected from decency and such environments are fertile grounds for darkness to reign supreme. Nothing good ever comes from this fallacy. And so today, more than ever, we must be careful not to make laws and treat people based on hate/fear/prejudice. To disagree with someone’s choices does not give us a license to degrade, punish or destroy.

Perception is projection and what we are, is invariable what we see reflected back at us. And the biggest ‘devil’ that we should fear is the shadow that lurks within each of us and clouds our sense of justice, love and forgiveness. We create the society of our dreams or nightmare, the choice is ours. 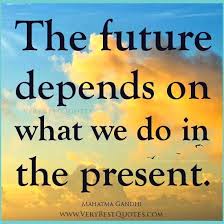 Often, we are quick to take on the role of God and become quasi-judges of others and in so doing, we make our lives difficult and complicated. We forget that the most important teaching and role that we are called upon is really simple: To love God and to love our neighbours as ourselves. We forget that it is in love were we all created, with love were we moulded and through love were we redeemed.

We sometimes depict closed judgemental values and see others as different, separate or less than we are. This is at the heart of our dis-connect and pain as a society. And yet, perhaps, the more universal truth is that we are all connected, grace abounds to all and we each have the capacity to heal, share, connect, create, tap into and bear witness to God’s love in our lives.

The power of UN-conditional love gifts us with the ability to be free and also free others around us. We are all invariably connected and we are called to hold SACRED SPACE on behalf of one another. May love find you willing, ready and open. The freedom we enjoy now, is but an answer to another person’s cry, sacrifice and prayer from the past. Someone dared to stand up and fight for the path we tread today.

Whose path are illuminating with your light? Who are you standing up for? How are you spending your money to uplift the world around you? Who are you lending your time to? What are you expending your energy on? And who are you offering prayers for? The answer is ALWAYS to love and if that fails, simply choose to love even more!”

Have an abundantly blessed day. Remember to sow seeds of love, service and value.

The preceding is a guest post from Juliet Ume, MBA –Strategic Interventionist, Wealth Management Consultant & Leadership-Coach at Whole Woman Network. Juliet is the author of the upcoming book: ‘UN-Locking Your HeArt of Leadership.” She is an avid Life Connoisseur and a passionate advocate of WomEntrepreneurship, Leadership Training, Investment & Financial Literacy for women. Her mission is simply to engage, educate and empower women (and men), regardless of their levels of income or background, to return to ‘wholeness’ and live Healthier, Sexier, Wealthier Lives using Faith-based, Scientific and Universal (Common-Sense) principles! She shares her daily reflective posts on: www.facebook.com/wholewomannetwork. Follow her on Twitter: @wholewomaninc, @julietumeinc 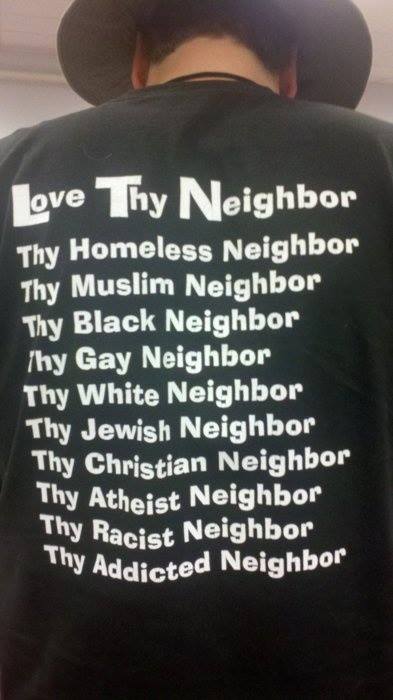